How does Immigration Contribute to the Canadian Society?

How does Immigration Contribute to the Canadian Society? 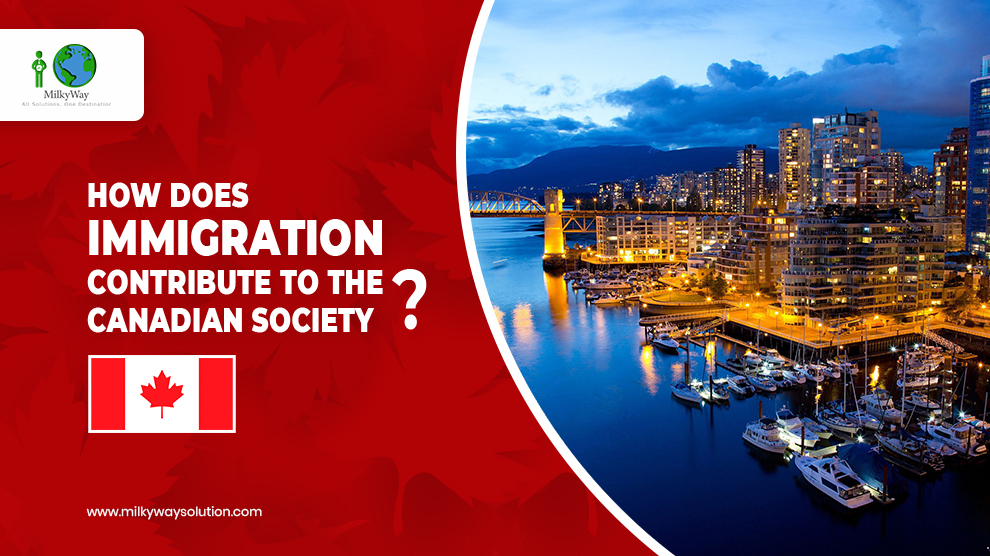 When people from all over the world, of different backgrounds, skills, and diverse levels of educational achievement migrate to a country, they help to build a more dynamic economy and ensure a shared prosperity for all. Prime agency to consult for immigration to Canada, MilkyWay Immigration Consultants sheds light on the topic how does immigration contribute to the Canadian society?

Canada has developed into a strong and vibrant country thanks to the immigrant population it has welcomed since 1990. The Canadian Government appreciates that immigrants and their descendants have made great contributions to Canada as a whole.

Canada was facing certain challenges due to an ageing population and low fertility rates. The immigration played a crucial role in ensuring that the population of Canada and its labour force continued to grow. As the immigrant newcomers are mostly younger than the existing Canadian citizens born in Canada, immigration to some extent could help diminish some of the challenges .

Recent reports point out that even though many jobs are filled by Canadians, gaps still exist in the labour market. The labour shortages, especially in health, sciences, skilled trades, transport, and equipment, are expected to persist into the future.

Immigration to Canada by other nationals could help to lessen the dwindling Canada’s worker-to-retiree ratio. In 2012, the ratio was 4.2 to 1; by 2036 it could be 2 to 1 as it’s expected that immigrants will fill the labour gaps in Canada.

When immigrants move to live in Canada, they become part of the consumer market and pay taxes. In a way, this contributes to the economy and increases the productive capacity of the region.

As per recent reports, Canada’s economy has cashed in on the increase in the size of the labour pool, largely due to immigration and made huge progress. Over the years, real gross domestic product (GDP) per capita, productivity, and the labour force have all increased by around 1.25% per year.

Immigrants and refugees also are breathing new life into rural places across the country. The results of a sustained population loss are hospitals shutting their doors, schools closing up or being merged with those in neighboring towns, and businesses drying up.

But the immigrant population is opening up big and small businesses, providing essential health care services, revitalising downtown areas, and creating as well as filling up jobs in these rural places. Apart from that they are also contributing their food, music, culture, and language to the society as a whole.

2 responses to “How does Immigration Contribute to the Canadian Society?”